Caves and mountains have always fascinated the human mind. There seems to be something about the earth opening up or rising to tower above all else that triggers our spiritual predisposition. As a result, many caves and mountains across the globe are considered sacred by their respective communities, whether as the homes of gods and spirits or as portals to other mysterious worlds.

In a country with such a rich religious history as Turkey, one such cave sits on Mount Pion near the ruins of Ephesus. For centuries, the cave has fascinated and attracted pilgrims from all over the world and has been the source of several religious myths. Today, it is better known as Grotto of the Seven Sleepers (Yedi Uyuyanlar Magarasi), after the most famous legend, the Christian version.

Generally, the legend tells the story of a group of youths who hid/slept in a cave and woke up years later to find that the world had changed. The most popular iteration is the Christian legend of Grotto of the Seven Sleepers begins at around 250 CE and extends to approximately 408 CE. 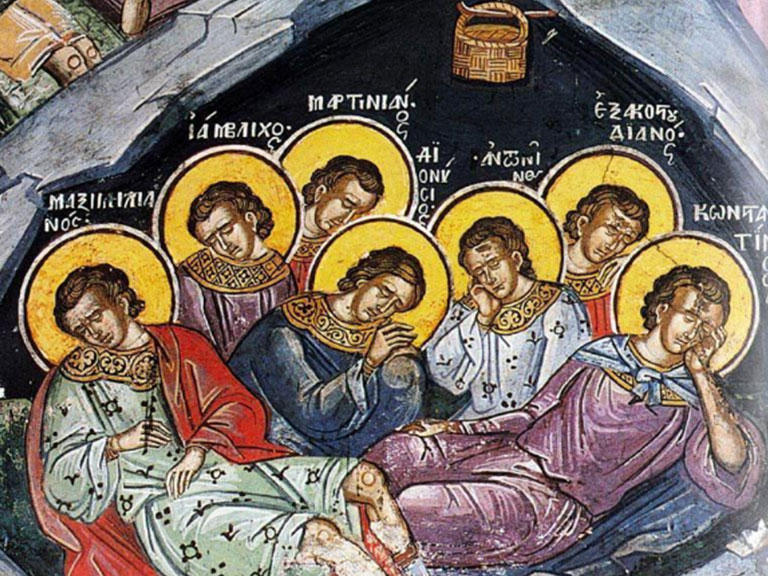 This legend is set when Christianity was on the rise, facing widespread persecution in the Roman Era. Trajan Decius (249 to 251 CE), the Roman Emperor, was a pagan true to his Roman gods. Thus, he came to the city of Ephesus to enforce his laws against Christianity.

At around this time, seven young Christian men were allowed to renounce their faith and bow to the Roman gods. Depending on the source, these young men are believed to be Martin, Maximilian, John, Jamplichos, Exakostodianos, Dionysios, and Antoninos.

Emperor Decius gave them some time for consideration until his return to Ephesus. But ever adamant, the young men refused to renounce Christianity. Instead, they distributed their possessions among the poor of Ephesus and went to hide and pray in a mountain cave, during which they were overcome by significant sleepiness.

The young men were later discovered sleeping in the cave, and at the behest of Decius, the cave’s entrance was sealed. Another version of the story tells that the emperor had the group locked up in the shelter as punishment for their Christian belief. All in all, a group of Christians is sleeping in a cave with a sealed entrance.

Many years passed, and the local population forgot about the incident. Then, some 158-200 years later, during the reign of Emperor Theodosius II (r408 CE to 450 CE), a landowner wanted to use the cave as a cowshed. Thus, he demolished the walled-up entrance and was surprised to find seven sleeping men inside.

Another version tells that the entrance collapsed after an earthquake hit the area.

Even more surprising is what the freshly woken men believed; they thought that they had slept for just a day. However, they were pretty hungry and thus, sent one of them to Ephesus to buy some food. During his errand, he had to be extremely careful to avoid getting caught by the Pagans.

As he made his way through the metropolis, the young man was astonished to see crosses on buildings. The Ephesians were even more surprised when he tried to pay for food using ancient coins from the reign of Decius. It turns out it was 158-200 years after they fell asleep in the cave, and Christianity was now the official religion of the Roman Empire.

After hearing their story, the inhabitants of Ephesus called the local bishop who met the seven sleepers, who later died from natural causes. Their miraculous experience moved the emperor Theodosius II, who ordered that their bodies be richly enshrined. Thus, the legend of the seven sleepers quickly propagated throughout the Christian world, making the cave a place of pilgrimage for the next 1000 years. 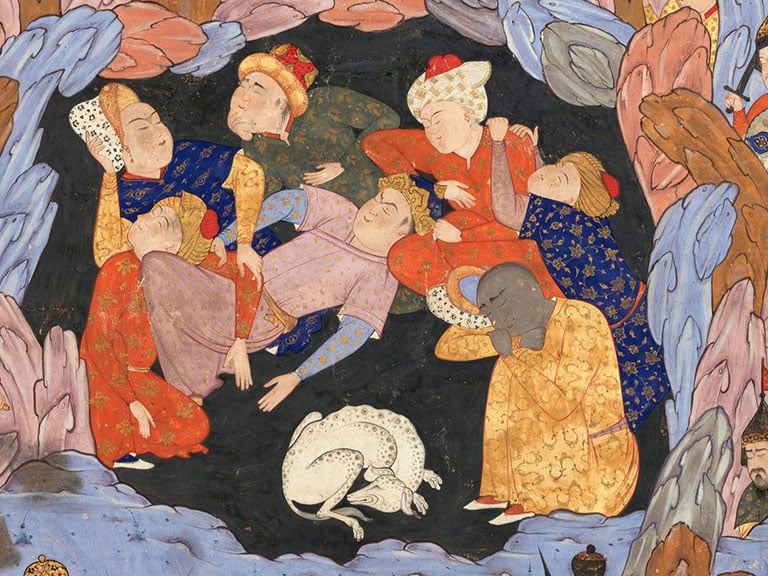 Unsurprisingly, an Islamic version of the legend of the seven sleepers also developed some time later. This version is even quoted in the Koran in Sura 18, verses 9 to 26, making it quite popular in the Muslim world. However, the Koran doesn’t specify the cave’s location nor the number of men found sleeping.

According to this iteration, the young men (referred to as ‘the people of the cave’) slept for 300 or 309 years. A dog also accompanied the men on their journey to the cave and then slept at the entrance. All who passed near the cave saw the dog but were afraid to look inside as they thought it was guarding the cave’s secrets.

Overall, it’s pretty similar to the Christian legend in that.

● The protagonists of the story were sons of wealthy and noblemen.
● They lived in a kingdom a wash with idle worship and where belief in a single supreme deity was discouraged and punishable.
● The region’s ruler gave them some time to renounce their faith, which they refused to do. Thus, they retreated to a cave to hide.
● Once in the cave, the youth were overcome by sleep and slumbered for centuries.

Is the legend of the Seven Sleepers true?

While there isn’t a shortage of people who believe in the legend of the Seven Sleepers, we can’t tell for sure whether it’s true or not. This is because it hasn’t been archeologically proven that the cave (grotto) on the slopes of Mount Pion is the cave of sleepers.

What archeologists have found is a valuable collection of terracotta lamps decorated with incredible scenes from the old testament, everyday Roman life, and Greek mythology. They’ve also discovered hundreds of graves from the 5th and 6th centuries CE, indicating that this area must’ve been an extensive Byzantine necropolis.

Other sites for this (supposedly) miraculous event include Afsin and Tarsus in present-day Turkey, a cave near Amman in Jordan, and even China. So, there is no clear consensus on whether the events happened and where they happened.

On the other hand, some people believe there may be some truth behind this story since similar versions of the seven sleepers appear in British, Indian, Jewish, German, and Slavic traditions. Moreover, the fact that the story is a worldwide phenomenon may well be a strong case for the story’s accuracy.

But all in all, we know that for around a thousand years, the legend of the seven sleepers was considered genuine by Christians from the Roman and Byzantine empires. They also believed that the cave at Mount Pion was where the young men lay undisturbed for up to 150 years. Thus, it became the Grotto of the Seven Sleepers, a sacred destination for pilgrims from all over Christendom. 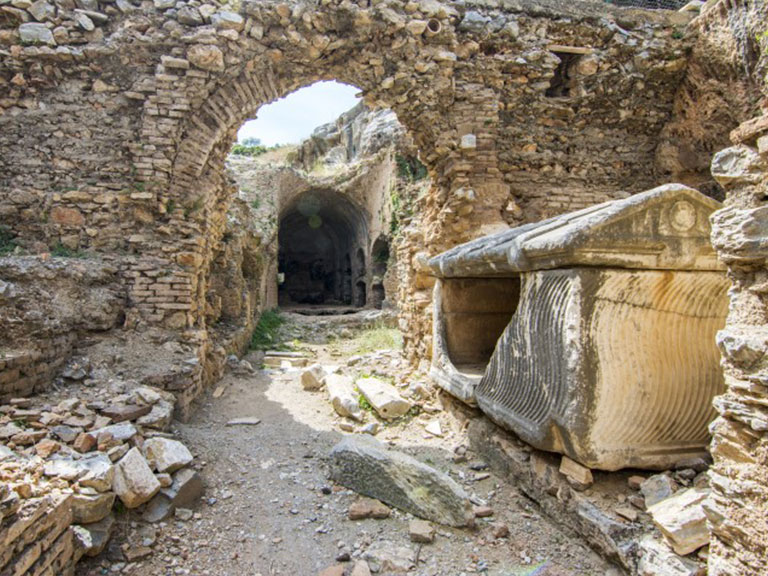 The Grotto of the Seven sleepers stopped drawing pilgrims some 500 years ago. Today, the place consists of a ruined church carved into the rocks and empty hollow floor openings once graves. However, the incredible legend of this area has made the cave an object of fascination for tourists and locals alike.